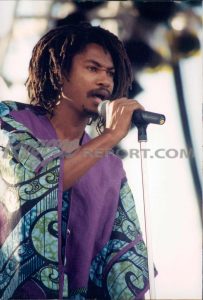 END_OF_DOCUMENT_TOKEN_TO_BE_REPLACED

During an early October interview while en route to a radio visit in Providence RI, the affable, articulate Jamaican-born artist spoke candidly about the long-awaited new album, her innovative vocal style, and the personal and musical developments that have led to this point in her career. END_OF_DOCUMENT_TOKEN_TO_BE_REPLACED