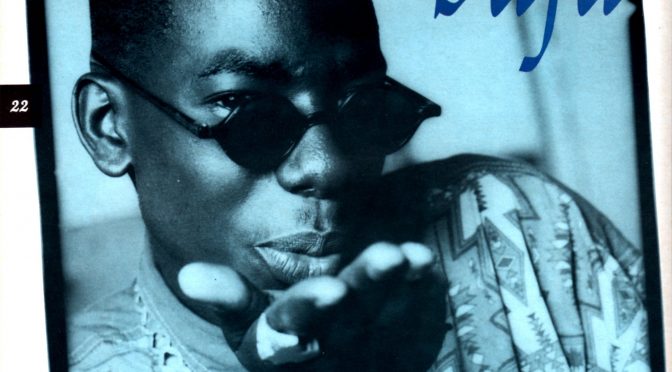 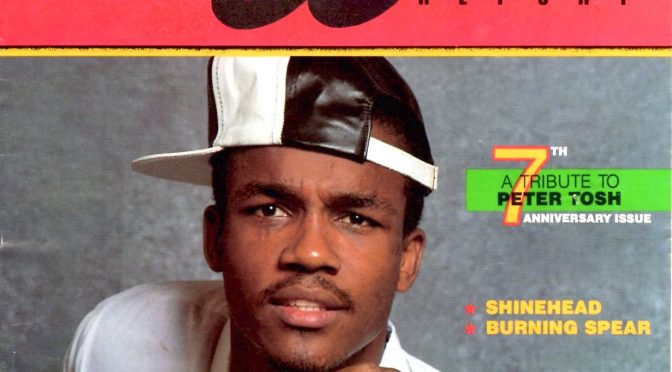 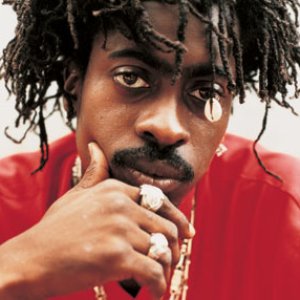 Each neighborhood has its own members of distinction, be they artists, politicians, musicians, or stalking DJs breaking into the international music scene. Seivwright Gardens, one of the toughest sections of the city, is noted for the many DJs that have broken away from it: U Roy, Ninja Man, Josie Wales, and Super Cat, the latest of the Gardens alumni to have graduated with honors. END_OF_DOCUMENT_TOKEN_TO_BE_REPLACED

David Hinds, central songwriter and lead singer, hails from Birmingham, England. His music has always been tinged with political opinions; he makes his stand in the name of justice. There are also spiritually uplifting songs and deep love songs. This year celebrates 30 years since the release of their first album, Handsworth Revolution, in 1978. David is eloquent, kind, and remains boyishly cute after all these years. Together with his associate, vocalist and keyboardist Selwyn Brown, they form the core of Steel Pulse. I caught up with David Hinds recently at the Malibu Inn. After a tightly packed show, he took time to answer a few questions. Here is my interview with David Hinds: END_OF_DOCUMENT_TOKEN_TO_BE_REPLACED

Update 2020: Rodney “Bounty Killer” Price is a man with many names; fans call him General, Warlord, and Governor. From the height of the 90s Dancehall DJ era, Bounty has continued recording, performing, and doing some general ‘bad boy bizness.’ He also inspired such DJs as Mavado & Elephant Man and teamed up with young artists, such as Konshens.

Recently he performed as part of an online soundclash with former rival Beenie Man as presented by the Verzuz IG Live series.

Through the Bounty Killer Foundation and his “Give Back to…” program, Bounty assists single mothers and other people in need in his community and throughout Kingston.♥

Since the September 1996 release of his fourth album, My Xperience, which features hard-hitting and brilliant collaborations with Barrington Levy, Fugees, Busta Rhymes, Junior Reid, and others, Bounty Killer has blown up in the Reggae and Hip-Hop communities. Between U.S. and international concert and club dates, video shoots, interviews, and publicity tours, it is no wonder the 25-year-old DJ has gained a reputation as one of the industry’s most elusive personalities. After months of endless calls to his record label, Blunt Recordings, his manager, Johnny Wonder, and Killer’s personal cellular number in Jamaica, I had almost given up hope on our long-awaited interview until it was announced that Bounty would headline Dancehall Day at the 16th annual Ragamuffins Festival (Feb. 14-16) in Long Beach, Calif. END_OF_DOCUMENT_TOKEN_TO_BE_REPLACED

Beenie & Bounty – The Digital Dancehall Clash of the Century!

Kingston, JA – May 23, 2020 – Beenie Man and Bounty Killer, the two Dancehall legends that dominated Reggae’s DJ scene in the ‘90s, live-streamed a lively sound clash battle that was viewed—and engaged with—by virtually a half a million global fans.

The once-feuding competitors stirred up some dance hall memories: 1) remembering the traveling dance hall sound systems of the 50s and 60s when rivals-of-the-time would battle it out with rapid-fire lyrics relating to politics, women, sex, and the socio-economic injustices of the time, and 2) the “sonic dominance” of the traveling 70s, 80s, and 90s mega-sound systems.

END_OF_DOCUMENT_TOKEN_TO_BE_REPLACED

Update 2020:  Due to Covid, Maxi is currently unable to tour. He is, however, busy on social media staying engaged with his fans and promoting his latest LP, It All Comes Back to Love, and his latest music video “I’m All Right,” featuring and produced by our friend Shaggy! Watch the video at the end of this up close & personal interview ⇓

(This article is from my 2015 interview)

No doubt, Maxi Priest is one of the hardest and longest-working men in the Reggae biz. In town to perform for the ONE Caribbean Fest, and, following an exclusive Meet, Greet, and Eat fan luncheon at Miami’s HOT 105 to promote his Easy to Love CD, the supercharged singer sat down inside the Miramar offices of VP Records for a long-overdue catch-up interview.

Our connection goes way back. Maxi Priest has been featured on no less than five Reggae Report magazine covers, and from 1985 to 1998, he was featured, reviewed, interviewed, or mentioned in innumerable issues. In fact, since storming the music scene from his South London base in 1985, Maxi Priest has not stopped writing, recording, performing, promoting, producing, or rockin’ n’ rollin’, all while circling the globe .  END_OF_DOCUMENT_TOKEN_TO_BE_REPLACED

UPDATE 2020:  Julian “JuJu” Marley is currently in Jamaica during the COVID-19. He is keeping busy with his music, his “JuJu Royal” CBD line, & supporting people globally as we go through this pandemic together.  Touring to support his latest Grammy-nominated album, As I Am, is temporarily on hold. So instead, Julian streams his campfire sessions where he sings and plays guitar.

In Feb., Julian participated in the opening of Trench Town’s Cornerstone Learning Center, founded by the Marley brothers and the Ghetto Youths Foundation. In April, he was part of Jamaica’s Telethon to raise funds for the first responders. He talks about the new music he is producing now, which highlights the 80s Afrobeats influence he enjoyed while growing up in multi-cultural London.

To watch & listen to Julian Marley’s latest single “Fly,” a tribute to his daughter who passed away in 2019 from cancer, go to the link at the end of this interview ↓↓↓♥

Miami, FL, 2011 – Julian Ricardo Marley, a seasoned Roots Reggae performer, is a multi-talented musician, writer, and singer. Born June 4, 1975, in London, Julian is the only British-born Marley son. He spent summers with his extended family in Kingston, where he tuned in to Rastafari and became immersed in the Marleys’ musical environment. A self-taught musician, Julian is skilled at guitar, drums, bass, and keyboards. Since the 1996 release of his debut CD  Lion in the Morning, Julian “JuJu” Marley has traveled the world extensively to perform alongside his talented brothers. The 2003 CD Time and Place, and 2009’s Awake, have resulted in a large legion of loyal fans that attend his solo performances. At the invitation of the Jamaican government, Julian Marley and the Uprising band represented his adopted country and performed at the historic 2008 Beijing Olympics.

Julian spends time between London, Kingston, and Miami; much time is devoted to working and recording in the family-owned Lions Den studio. On a recent mini-Florida tour, I caught up with Julian following his casual and intimate performance at Pineapple Groove in Delray Beach, Fla. END_OF_DOCUMENT_TOKEN_TO_BE_REPLACED