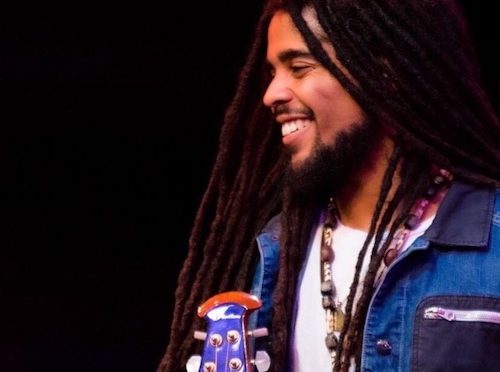 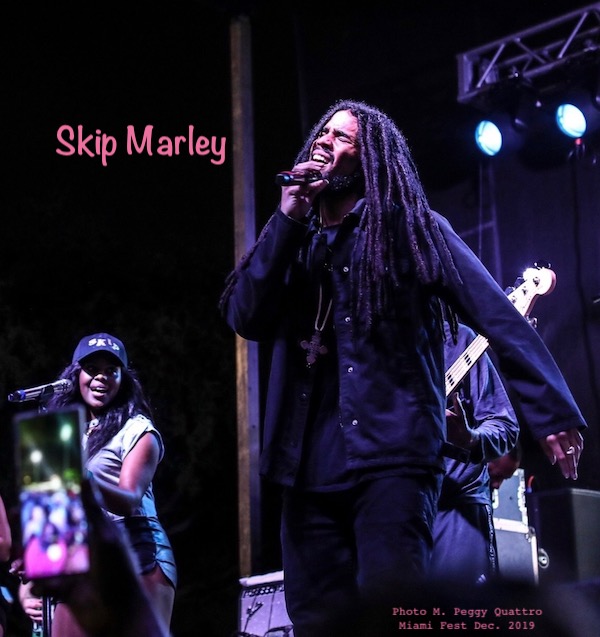 Skip Marley, the 23-year-old grandson of Bob Marley, burst onto the Reggae scene in a blaze of glory in 2015. Born June 4, 1996, and rightfully blessed from birth, the multi-talented Skip (so named to honor his grandfather’s nickname) plays numerous instruments, writes, and has the best of music industry connections, beginning with his mother, Cedella Marley, Bob’s firstborn child, original Melody Maker, CEO, & entrepreneur. But, without the gifts of a haunting Bob Marley-esque voice, extreme good looks, and a pleasing personality and great smile, Skip Marley, a relative newcomer on the Reggae scene, may not have so quickly reached the higher heights he now so readily enjoys.

Recordings with Katy Perry, H.E.R., & “Uncle Damian” Marley have placed Skip on multiple music industry charts. He performed “Chained to the Rhythm” with Katy Perry at the 2017 Grammy Awards, among other TV award shows. He recently performed “Slow Down,” an exceptional duet with superstar H.E.R., on “The Tonight Show with Jimmy Fallon.” Remarkably, “Slow Down” quickly reached #1 on Billboard’s Hot 100 chart in 2019 and the Top 20 on its R&B/Hip-Hop Airplay Chart in 2020 – following 2019 Grammy-winner Koffee who held the #1 position on this chart in 2019.

We also honor the memory of Skip’s granddad, Bob Marley, on this 39th anniversary of his return to Zion. This man and his music are [still] charting on Billboard today! The Legends LP remains #1 on the Reggae Albums Chart and #54 on Billboard’s Top 200 for more than 628 weeks (5/5/20). In this annual Bob Marley Tribute issue, you will read a classic Bob Marley interview following his performance in Boston in September 1980.

As Skip is sheltered-in-place—along with the rest of us—he is busy in Miami recording his debut EP in his home studio to be released this summer, and consistently live streaming & interacting with his growing base of fans & followers. Unfortunately, preparations for Marley family worldwide celebrations and presentations to honor Bob’s 75th Earthday have been temporarily halted due to the Coronavirus pandemic. With shows canceled or postponed, the Marley’s have taken to virtual shows, which included raising funds to purchase Personal Protection Equipment (PPE) for Jamaica’s healthcare providers, as well as for testing and needed equipment.

In March, Skip took to Billboard’s Facebook page for an At-Home Performance to raise more than $2400 for Meals on Wheels America from a global audience. His 20-minute set included his grandfather’s “So Much Trouble in the World” and “Redemption Song,” as well as his current hit single “Slow Down” and 2016’s Dancehall-tinged “Cry to Me.” He interacted with the fans’ comments and questions and appeared cool and comfortable in this online setting.

Skip Marley is obviously prepared and more than ready, willing, and able to carry on the Marley mission – to free the people with music.