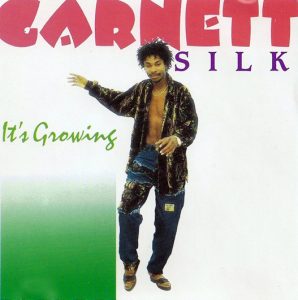 It’s Growing was Silk’s first album released on VP Records in 1992, although he had been releasing records for at least a couple of years in Jamaica. It’s inconsistent, at best, with a handful of great songs, such as the title track, “Place in Your Heart,” “Commitment” and “I Am Vex.” Some of the other songs, however, sound forced or incomplete, and while Silk has one of the best voices, he hadn’t completely learned to control it or discipline it on It’s Growing. The session was produced by Bobby Digital. 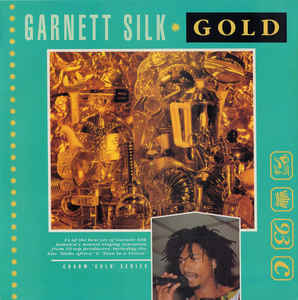 Gold (Charm, 1993) was released shortly after It’s Growing, but much of the material was recorded earlier or at the same time. In essence, Gold is a “greatest hits” package drawn from Silk’s first sessions and features 14 songs produced by almost as many producers. It’s a collection of hit singles, which captures all the intensity, fervor and excitement that make Garnet Silk so great. The opening track is “Mama Africa,” possibly Silk’s most well known song, and moves through “Fill Me Up With Your Mercy,” “Oh Me Oh My,” “Jah Jah Is the Ruler,” the best songs from It’s Growing, and several other classics. Because each song was tested and proved successful in the dance hall and on the radio, there are no clunkers. The combination of Silk’s unique voice (the best analogy I can offer is Horace Andy with more body and depth), consistently fresh and Conscious lyrics (dearly welcomed in this era of guns ‘n’ slackness), and some of the best rhythms that today’s best producers (Richard “Star Trail” Bell, Courtney Cole, Danny Browne, Donovan Germain, etc.) have to offer, shines brilliantly. For those who have yet to enjoy the music of Garnet Silk, this is the place to start. 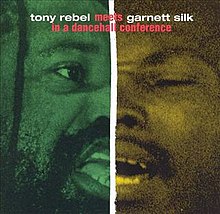 Garnet Silk’s success in 1992 and 1993 heralded a new movement toward Cultural songs in the dance hall, a style echoed by one of the top ’90s DJs, Tony Rebel. The two joined forces on Tony Rebel Meets Garnet Silk in a Dancehall Conference (Heartbeat, 1994), produced by classic Ska/Rock Steady singer Derrick Morgan. Rebel is clearly the dominant force on the album, which contains some of his best performances. Silk, on the other hand, sounds a little tentative, although he does demonstrate his ability with strictly Lover’s style on “Killing Me Softly” and “Where Do Broken Hearts Go.” 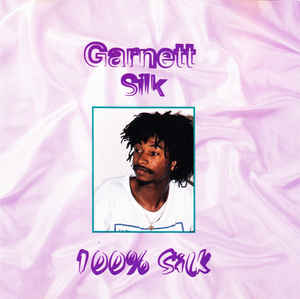 Garnet Silk 100% Silk (VP, 1994) is another collection of singles. Like Gold, these songs are all proven winners. Tracks include “Green Line,” “Blessed Be the Almighty,” “God Is God,” “Love Me Baby,” and “Love Me or Leave Me.” Most of the songs were written by Silk, and the production credits include Philip Smart, Sly & Robbie, EJ Robinson, Steely & Clevie, and many of the same names that contributed material to Gold. Silk’s ability to sing material that actually said something meaningful while riding the hottest Dancehall licks proved to be so popular that every producer wanted to add his voice to their riddims. 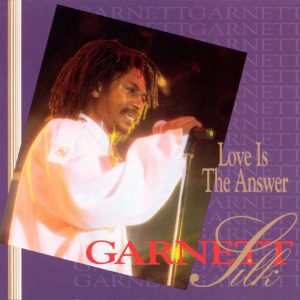 The final album released during Silk’s lifetime, Love Is the Answer (VP, 1994), actually represents his earliest sessions. Recorded with Steely & Clevie between 1990 and 1992, it is very similar to It’s Growing in that it captures a highly talented performer trying to find his voice. Many of the riddims are classics, cut in a hard Steely & Clevie style, but the three Dub tracks (out of 13 songs) and three combinations (in which Silk is overwhelmed in each case) make Love Is the Answer a dubious value. Still, songs like the title track and his cover of Horace Andy’s “Skylarking” shouldn’t be mixed.

There are several other places to find Garnet Silk’s music in addition to these albums. Jet Star’s Reggae Hits series and VP’s Strictly the Best series prominently feature some of his more popular songs; and Singing For the People, a great various artist collection from Tan-Yah has two outstanding tracks, the title song and “Retreat Wicked Man.” Those thirsty for more will also want the dozens of Garnet singles released during his short career, especially the last hit, “Fight Back,” a duet with popular singer Richie Stephens that rocketed to No. 1 in Jamaica just prior to his death.

It’s an outstanding legacy, but one that would have been so much greater had it not ended so soon.