March is Women’s History Month “Valiant Women of the Vote”

The 2020 Women’s History Month theme is “Valiant Women of the Vote.”  The theme honors “the brave women who fought to win suffrage rights for women, and for the women who continue to fight for the voting rights of others.”

It was in 1987 that Congress passed a public law proclaiming March as Women’s History Month, and since 1995, each president has issued this annual proclamation.

International Women’s Day is a United Nations-sanctioned global holiday. It celebrates women’s contributions to society, the fight for gender equality, support for helping women globally, as well as social, economic and political achievements of women worldwide. 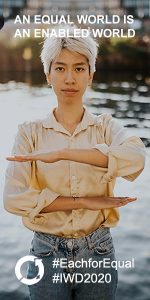 It’s reported that International Women’s Day started in America in 1909, when the Socialist Party of America took to the streets to honor garment workers who had protested against inhumane working conditions the year before. The UN celebrated March 8th as an official holiday in 1975. This followed several European countries joining in the fight for women’s rights.

Today, March 8 is still celebrated around the world. This year’s International Women’s Day (#IWD2020) campaign theme is #EachforEqual – an equal world is an enabled world. Gender equality is essential for economies and communities to thrive, whether in the boardroom, in government, in media, in the workplace, in the sports arena, in health, wealth, and commerce. Women should, can, and will make it happen.

The United Nations global theme for International Women’s Day is I am Generation Equality: Realizing Women’s Rights. Today, not a single country can claim to have achieved gender equality. Multiple

obstacles remain unchanged in law and in culture. Women and girls continue to be undervalued; they work more, earn less and have fewer choices; and experience multiple forms of violence at home and in public spaces. Furthermore, there is a significant threat of rollback of hard-won feminist gains.

The year 2020 represents a clear and obvious opportunity to mobilize global action to achieve gender equality and human rights of all women and girls.