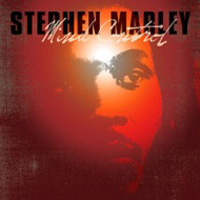 Personally, this is one CD I cannot listen to enough. From first hearing the title track, you know that this is going to be a breakthrough album. Each song that follows is a musical journey that permits the listener to become intimate with its creator. Stephen is fearless in displaying his political and social consciousness, as well as exposing a personal vulnerability seldom witnessed in Reggae music.

I first met Stephen in Miami on May 11, 1981; my first day working with Bob Marley’s manager, Don Taylor. Stephen was nine years old when his father passed on to Zion around noon that day. He seemed to me wise beyond his years even then. He was already a young star, having begun singing at five and recording at seven years old. There he was, surrounded by family; standing strong for his mother and his grandmother, unaware of the musical and social role he would play 26 years later. I had the pleasure of watching him grow over the years; opportunities to witness how he became a source of love and support for his grandmother and younger siblings.

With an unforgettable smile, a sense of humor and compassion, and an uncanny knack for writing and producing music, Stephen Marley successfully assumed his father’s role. He grew as an individual to become a multi-talented, multi-dimensional man, artiste, and father. At an age when most entertainers would not think about releasing a debut album, Stephen does. He delivers a top-notch, state-of-the-art collection of diverse musical styles sure to please the most discerning listener.

The Legacy Lives On

A CD originally titled “Got Music?” was recorded more than three years ago and briefly released in 2006 with many of the same songs on the re-titled “Mind Control.” Following the 2005 international success of brother Damian “Jr. Gong” Marley’s single “Jamrock,” Stephen placed all plans for release of his debut album on hold. Now his goal was to finish producing Jr. Gong’s Grammy-winning “Welcome to Jamrock” CD. That notch in his belt completed, Stephen went back in the studio to complete the sure-to-win-a-Grammy Mind Control LP. It is important to note that Stephen Marley has won five Grammy’s already as producer, songwriter, and while with the Melody Makers. This is more than any other artiste since Reggae was first considered for the prestigious award in 1984. He tells “The DL” at spinner.com that he keeps the gold gramophones on the control board at his studio “as a reminder that a standard of music is expected.” 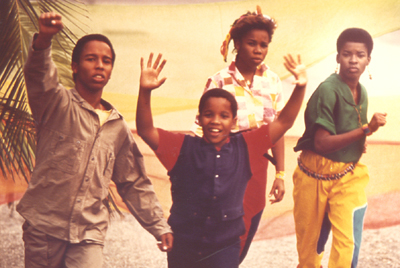 Stephen’s musical career began in 1979 when big brother Ziggy formed the Melody Makers. From the siblings’ first release of “Children Playing in the Streets,” Stephen was often referred to as “the one to watch, the one who seemed most like his father.” Now the 35-year-old writer, performer, musician, producer, and solo artist has come forth with a musical roar that will resonate around the world. (“Every day I pray to Jah that one day you will see and overstand the fact I must fulfill my destiny…I’ll be coming home to you again” from ‘Hey Baby’). “My legacy is in my blood,” he proudly claims.

A Team of Brothers

Sharing that legacy with a talented group of brothers, Ragga (Stephen’s nickname) is the go-to brother for production and guidance. “We are a team,” Stephen told pitchfork.com. “Julian’s record is as much Damian’s record as it is my record. We support each other. We don’t always agree, but we don’t quarrel.” Stephen began producing in 1990 when his grandmother, Cedella Marley Booker, approached him to help with her first album. Going back to his roots, Stephen (a Taurus and from the tribe of Reuben) was now able to display his natural sense of leadership. “I can get good out of you; I reason with you and you give me your best.” Since then he has produced Damian and Julian’s albums, as well as Fugees, Eryka Badu, and Sean Paul recordings.

“We don’t always agree, but we don’t quarrel.” 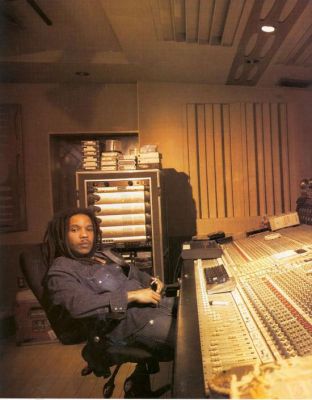 Stephen is currently on a two-month North American tour that ends in Orlando, Florida, on May 20. A review and photos by Jan Salzman of LA’s House of Blues recent performance is included here. The tour picks up again in August in Chicago. Beginning on September 25, Stephen joins the Dave Matthews Band tour and will continue as support throughout September, concluding on October 2 inside LA’s famed Hollywood Bowl. As a leader of his Ghetto Youth International Foundation, Stephen is contributing one dollar from every ticket sold on his Mind Control tour to this charity. He willingly recognizes and assumes his position as a role model for Jamaica’s youth. The family quietly leads by positive example and the foundation focuses primarily on education and health care issues.

Angry Lion on the Rise

Ziggy, Stephen, and Damian Marley have recently been added to the line-up of the Reggae Rising Festival scheduled for August 3, 4, and 5 at the Dimmick Ranch and French’s Camp in Piercy, California, a short distance north of San Francisco. Each brother will perform their own set, backed by their own band. This is a Marley brothers first. Stephen recently told the Eureka-Times Standard that this fest “always has a free-spirited vibe. It’s not just another show…it’s special.” 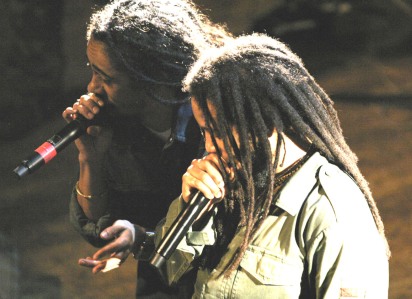 In addition, Stephen was invited by Paul Simon, one of America’s most respected songwriters and musicians to perform “Mother and Child Reunion” when Simon’s album “Graceland” was awarded the first annual prize for Popular Song and included in the Library of Congress’s National Recording Registry. A national broadcast on PBS of the special concert gala that was held at the Warner Theater in Washington, DC will be aired on June 27.

If you have not had the pleasure of listening to “Mind Control,” now is the time. The sound and feel of this musically acute and openly rebellious CD is Stephen’s story—the truth of life in Jamaica, politics, incarceration, and love. The CD resonates with militancy and hope that appeals to the masses in his homeland and abroad. “A basket of fruit,” he recently told Glide magazine, “there’s something in there for everyone.” You can just see that good-natured smile.