They won the Grammy for best 1993 Reggae album, and now Inner Circle–Miami’s world famous, hard-working “Bad Boys” of Reggae–have been nominated for the 1994 Grammy with their latest Big Beat/Atlantic release, Reggae Dancer.

“It’s doing excellent, man, everywhere in the world; and when I mean excellent, I mean excellent,” said band leader and rhythm guitarist, Roger Lewis, in a recent Miami interview during a brief respite from Inner Circle’s hectic touring schedule. “It is one of the biggest selling foreign albums in Japan. Over 300,000 albums [have sold] in Japan [as of Dec. 21]. Hundreds of thousands in Mexico. In Brazil, in Europe–very well. In America, it’s not doing too bad. I think we made it up to about 200,000 copies.”

One of the songs on the album that has been released worldwide and doing very well is “Games People Play.” “It was not really a success in America, but ‘Games People Play’ was literally a hit single every where else in the world,” explained Roger. “It was a top 10 song in about 10 countries in Europe. It didn’t really go No. 1 and do what “Sweat” did, but it was top 10 in Holland, in Germany, in Scandinavia, in Brazil; and it was No. 1 in Japan.”

Another stand-out track on the 12-song album that has been released as a single, along with a video, is “Black Roses,” also the name of Inner Circle’s 1990 album. “It’s a great song, man,” exclaimed Roger. “‘Black Roses’ is like a vibe song, you know, dealing with the children and the injustices towards kids in the world. If you look into the world today, you have child labor; you have slave labor in India; you have child prostitution in Asia; you have people killing kids. That’s what ‘Black Roses’ is about, my garden of black roses. What we talk about a lot in our show is abuse to children and also world unity and respect for each other in this world. We try to solve this racial business. There’s only one race, and that’s the human race.”

Roger said that there is no particular theme or concept behind Reggae Dancer, which, with the exception of one song, was written by the band. “We didn’t really approach it with a concept. It’s not like it’s a love album or a party album. It has everything in there. You know, mix-up business–all spectrums of life, from ‘Reggae Dancer’ to ‘Summer Jammin” [featured in the film and soundtrack album Beverly Hills Cops III] to ‘Signs,’ talking about prejudice, to ‘Walking on the Rainbow,’ talking about unity. 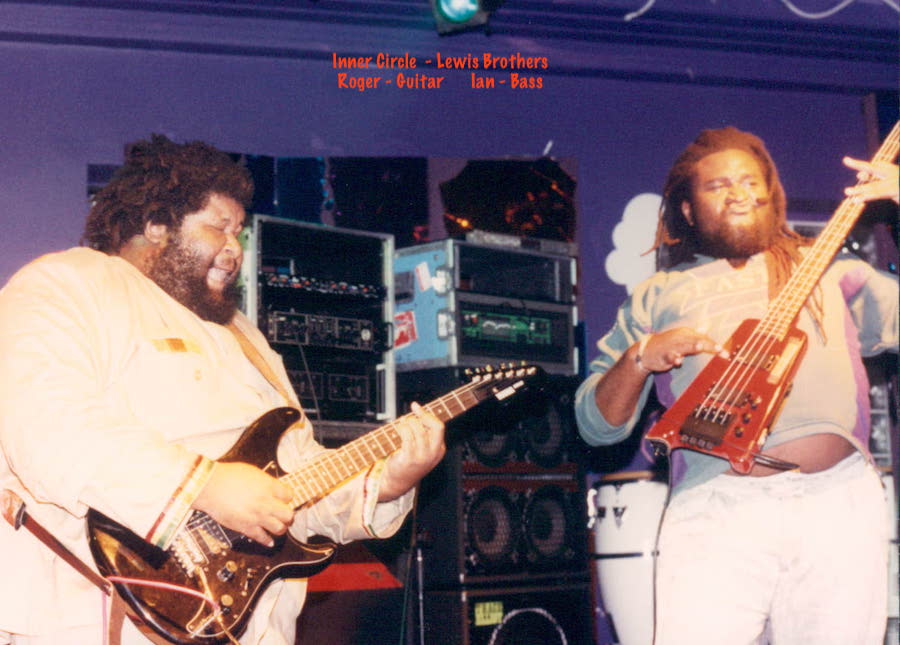 “Everything we do is Inner Circle style,” Roger continued. “We don’t try and copy no guy’s style. This is just Inner Circle’s vibe of Reggae music. Our interpretation, our feel for the big tree of Reggae. Bob Marley has his style, we have our style–how we feel to put it over. A lot of times people want to put us in this bag. You know, ‘you are supposed to be traditional Reggae.’ I don’t know about all of that. I just know that we make music from our heart and how we feel within the vein of Reggae; and if you like it, you like it and if you don’t, I can’t help you.” When asked what he thinks about the state of Reggae today and where he hopes to see it go in the future, Roger responded: “As long as it is successful, fine with me. I know what I like. I like the cultural vibes and everything; but everybody has their own vibe, and what the people love, the people love. Variety is the spice of life.”

Roger’s favorite song on Reggae Dancer is “24-7-365” because “it depicts what we are all about. We are always working 24-7-365. You understand that Inner Circle was like an underdog group. A lot of people never liked Inner Circle for some reason. Them never think that we have the talent to really make it or whatever. [The band’s success] is a true testimony to hard work and perseverance. Our point is to reach our goal [which] is to leave a Reggae legacy behind us.”

Inner Circle’s roots can be traced back to more than 20 years ago in Kingston, Jamaica, where founding members Roger and his brother Ian Lewis (bass), joined forces with keyboardist Touter Harvey and singer Jacob “Killer” Miller. Their career climbed throughout the ’70s and then came to a sudden halt when Jacob was killed in a car crash in 1980. Soon after Jacob’s untimely, tragic passing, Ian and Touter moved to Miami and set up Top Ranking Records (which later evolved into Circle Sounds Studio). A few years later, Roger moved to Miami as well. They brought in dynamo drummer Lancelot Hall and impressive lead vocalist Calton Coffie, and in no time the new line-up released the highly acclaimed, One Way (Ras Records, 1987), featuring their smash hit “Bad Boys” which became the theme song for the FOX network’s hit TV show Cops. “Bad Boys” was nominated for an Emmy as Best Theme Song for a docudrama, and became a No. 1 hit in Norway and England and went platinum in Sweden. 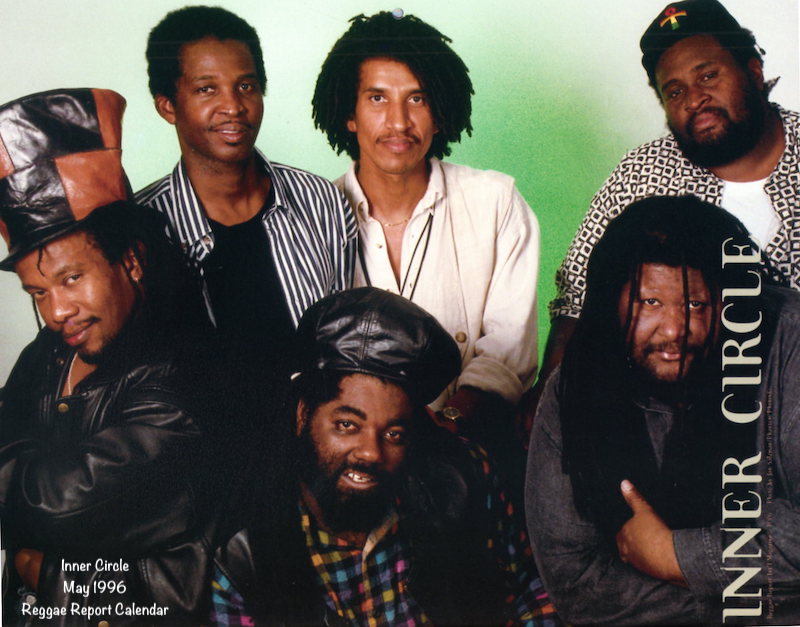 In 1990, the new Inner Circle came out with their second release, Black Roses (RAS), which didn’t do as well as One Way. They came back with a vengeance in 1992 with their extremely successful Bad to the Bone (RAS), featuring the mega hit, “Make U Sweat.” Bad to the Bone was re-configured, with some track changes, to become the Grammy award-winning Bad Boys, Inner Circle’s debut Big Beat/Atlantic release. The album included a remixed “Make U Sweat,” called “Sweat (a La LA LA Long),” which became an international hit. The song reached No. 1 in every European country, except Greece and England, and reached No. 1 in nearly every South American country.

Since the Grammy, Inner Circle has had a chance to perform in many of those countries. “We’ve been all around the world. We’ve been to Europe. We’ve been to Asia. You name it, we’ve been everywhere,” said Roger. “In March, we are going out to India, Thailand, Korea, Hong Kong, Taipei, Beijing–maybe the first Reggae group to play Beijing– South Africa, New Zealand. We are going to leave in March and not come back [to Miami] until May. Then we are going to Europe in early summer. Then we will be in America and Canada for the rest of the time, about three months. I think we are going to lock down shop from September and take those months off and start to work on a new album,” which they plan on releasing in 1996. “Remember, we always work on our albums and our videos on the run. You have to realize that, you know. So this time, I think we are going to take time off from about September and really try and give [the project] some time, you know what I mean?”

Before ending the interview, Roger gave respect to cultural singer Garnet Silk who’s recent passing he said was “very, very, very tragic. I never really knew him very well, but the guy was so talented.” Roger’s final message to Reggae Report readers was: “Peace and love and unity, and stop the violence. Who have kids, spend time and look after them because they are the next generation.”