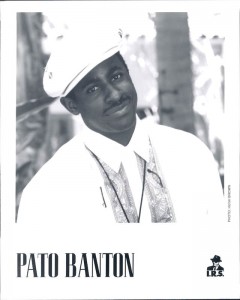 Pato Banton and I are sitting atop the roof of the club where he is scheduled to perform in a few hours. Rather than conduct our interview in a stuffy tour bus or shout over the sound check taking place below, he obliges as I lead him through a cluttered storage room and up a make-shift ladder better suited for an acrobat than one of the most recognized names in Reggae. Below us, the seven members of his band, The Reggae Revolution, are tuning up and, one by one, joining in on a smoldering Dub of “Satta Amassagana.” We are watching a beautiful, and especially long, Santa Barbara sunset as the moon climbs high over the Pacific Ocean a few blocks away. He is nearing the end of an extensive three-month tour and looks forward to spending some time at home with his wife and two children, who are back in England. A few weeks away from his 33rd birthday, he seems as energetic and upful as ever.

Energetic and upful seem to define Pato Banton. He is like a constant whirlwind of touring and recording. As we sat down to talk, he is finishing up yet another North America tour, promoting a greatest hits package called Collections for long-time label, I.R.S. Records, and anticipating the worldwide release of the video for the album’s first song, “Baby Come Back” (a duet with bredren Robin and Ali Campbell of UB40).

Before our rooftop sojourn, he took me onto the bus to check out the video for “Baby Come Back.” I found it quite interesting. While the song bubbles along and the video displays first-class production, a great story line and entertaining visuals, I was surprised not to see Pato break free into his trademark fast-paced dialogue. It was akin to watching a tornado slowed down half speed. On the roof, he tells me that people at the record company liked his vocals so much that they decided to mix them up with Robin and Ali and then shoot a video. “They wanted the chance to spend some money on something that they personally think will go. So, I gave them the opportunity, and so far it’s been going well. Virgin has taken [the song] from my company [I.R.S.] and is releasing it worldwide [apart from America] in 39 countries.”

When asked if this is an everyday occurrence, or if it genuinely excites him, he replies, “It excites me to the extent that people are actually going to get to hear all of my other stuff and I’m gonna get a chance to tour certain territories that I haven’t toured before.” Plans have been discussed for a South African tour as well as a possible trip to Japan where he’s very popular. Pato continues: “To me, this music business that I’m in can be looked at in a lot of different ways. The minute [conscious artists] take on Reggae music, it goes beyond the music business. It’s a mission that you’re on–to become the servant for the Creator. I know that Jesus and the Apostles sacrificed a lot of stuff to go out there and do what they had to do. That’s what really keeps me going,” he says, his voice thoughtful and sincere. “I do believe that there is more than this life, this lifetime. Right now this planet needs a lot of work, y’know. The more positive people who are there to help, the better it’s going to be for everybody.”

Also coming soon is a track on the new Run for Cover compilation CD produced by L.A. promoter and radio personality, Robert Angotti. The CD is composed of cover tracks performed by various artists, including, of course, Pato Banton. Occasional collaborator, Yasmin Alexander, is featured on 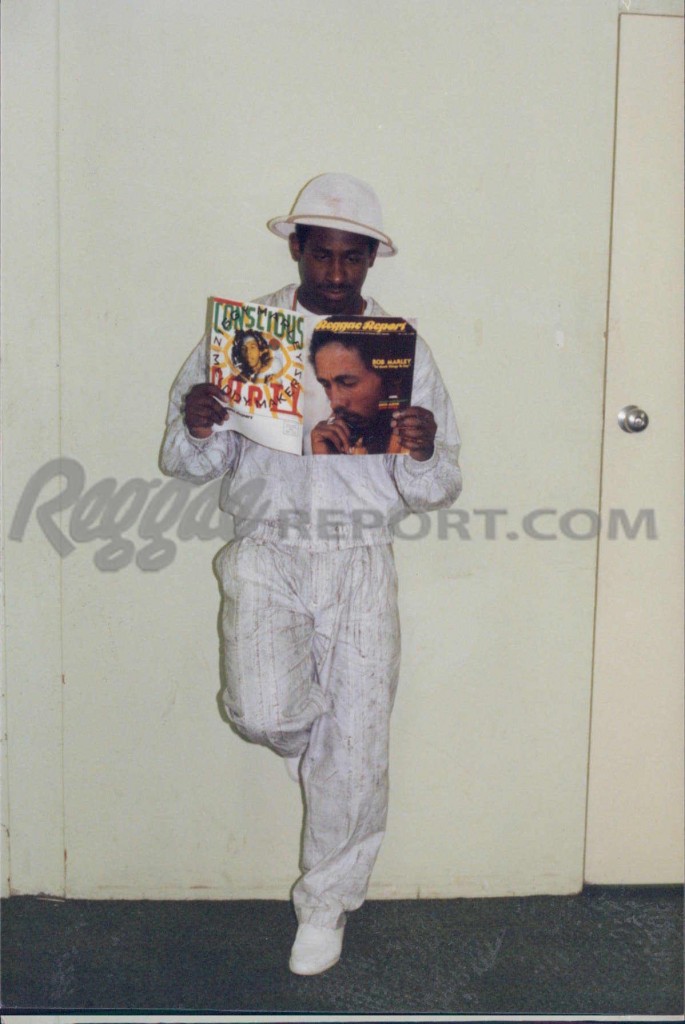 Pato’s track, “Love Takes Time.” Pato pulled the track from his vault and describes it as “a fun track more than anything. It’s a nice DJ/singer track–a nice combination.”             I ask him about his Revelation Project, a concept that he’s been working on for the past few years. Slowly he chooses his words, making it clear that he has given the subject, and the album, quite a bit of meditative thought. “I’m trying to keep it as close to the spirit of truth, not to mention my own truth, because my own truth can be confusing. The spirit of truth dwells within every human being. So when we see that truth, there’s a spiritual connection that let’s us know that, ‘Yes, this is the time. This is right. This is O.K.’ Revelation, to me, is a revelation of spirituality–things that have been revealed to me that I would like to share. Revelation is to dedicate myself and my life to this time that we’re livin’ in, y’know. And revelation is also to express myself without any inhibition as to what the media or music business might want to think or say, but to just let what’s in me flow.” He concludes, “Revelation means a lot of things, but at the end of the day, it’s just a revealing of more truth, more light, and sharing it.”

Watching the last rays of the sun disappear behind the coastal mountains, I ask Pato what’s on his mind–what does he want to tell the readers of Reggae Report. “What I’m excited about right now is that I believe in the evolution of the human race–of human society. And I believe that we are progressing. Even though there’s so much negativity available to us, there is a certain amount of progress that is goin’ on on a ground roots level which is beyond the politicians– beyond the leaders of the world.” His calm voice starts to further reflect the seriousness of what he’s telling me. “We’re livin’ in the time of Revelation now, and I believe that Lucifer has been cast down. If this is true, that means that all of the spiritual circuits that were closed and kept the world in a certain amount of isolation are now opened. So, a person can actually climb from being a semi-animal being and rise above that now and become a very spiritual entity. Even though we’re livin’ in an animal body, we can rise above a lot of the things that have been holdin’ us down for a long time.”

The man who made “Settle Satan” a worldwide hit, continues: “I hear a lot of people blame Satan for all kinds of things . . . ‘Oh, the devil made me do it.’ The day’s comin’ when we can no longer blame the devil for anything. We’ve got to take responsibility for our own actions. And if we want to make this world better, if we want to take society forward, then we’ve got to do it as individuals workin’ together for the betterment of the whole. This is what makes me feel good. The music is a tool. It’s an energy, a vibration, and it can touch people to the depths of their souls,” he says, clutching his shirt with his fingers. “I’m here for a while, y’know. I’m not on this planet forever and I’ve got works to do.” Reflecting upon the enormous pressures that the music business is capable of placing on him, he adds, “I just hope that I can fulfill that without letting my selfish [human] ego get the better of me.” I nod in agreement, adding that it must be tough on him when everyone’s demanding bits of his time. It is, he says, “but you know, I’m givin’ thanks still. I’ve got some good people around me and I can feel God within me. I’m touring the world. I’m meeting people, touchin’ people, changing youths’ lives, y’know. I’ve got parents comin’ to me and tellin’ me thanks for the changes I’ve made in their children’s lives. Our audience now is anywhere from 6 to 60.”

Listening to the sound check below, he senses that he must attend to the night’s business and return to his band. He rises and, looking to the moon overhead, says, “So, you know, I’m happy. I’m doing a good work. The band’s happy. I’ve just got to give thanks.”